A downloadable game for Windows and macOS

Are you ready to uncover the legend?

The Girl Who Sees is a story-driven RPG combining WWII history with Philippine mythology and lore. In 1945, a young, village girl named Quina (pronounced "KEE-nah") Laban survives under Japanese occupation. She helps a dwarf, Edgar, translate a mysterious scroll sought by evil foes in hopes that it will explain why she sees Tagalog words wherever she turns. Explore the magical forests of Mindanao as you aid local villagers, interact with magical creatures, and restore balance between the human and magical realm. Collect Tagalog words and build your dictionary to translate the mysterious scroll.

This game was crowdfunded in 2017 with the support of the Filipinx-American community.

Our primary target audience are ages 10-30. Game content will contain themes of war that may require parental guidance.

Interact with Philippine mythical creatures, as well as the townspeople and occupying forces in Quina's village. Complete quests to gain experience and level up. 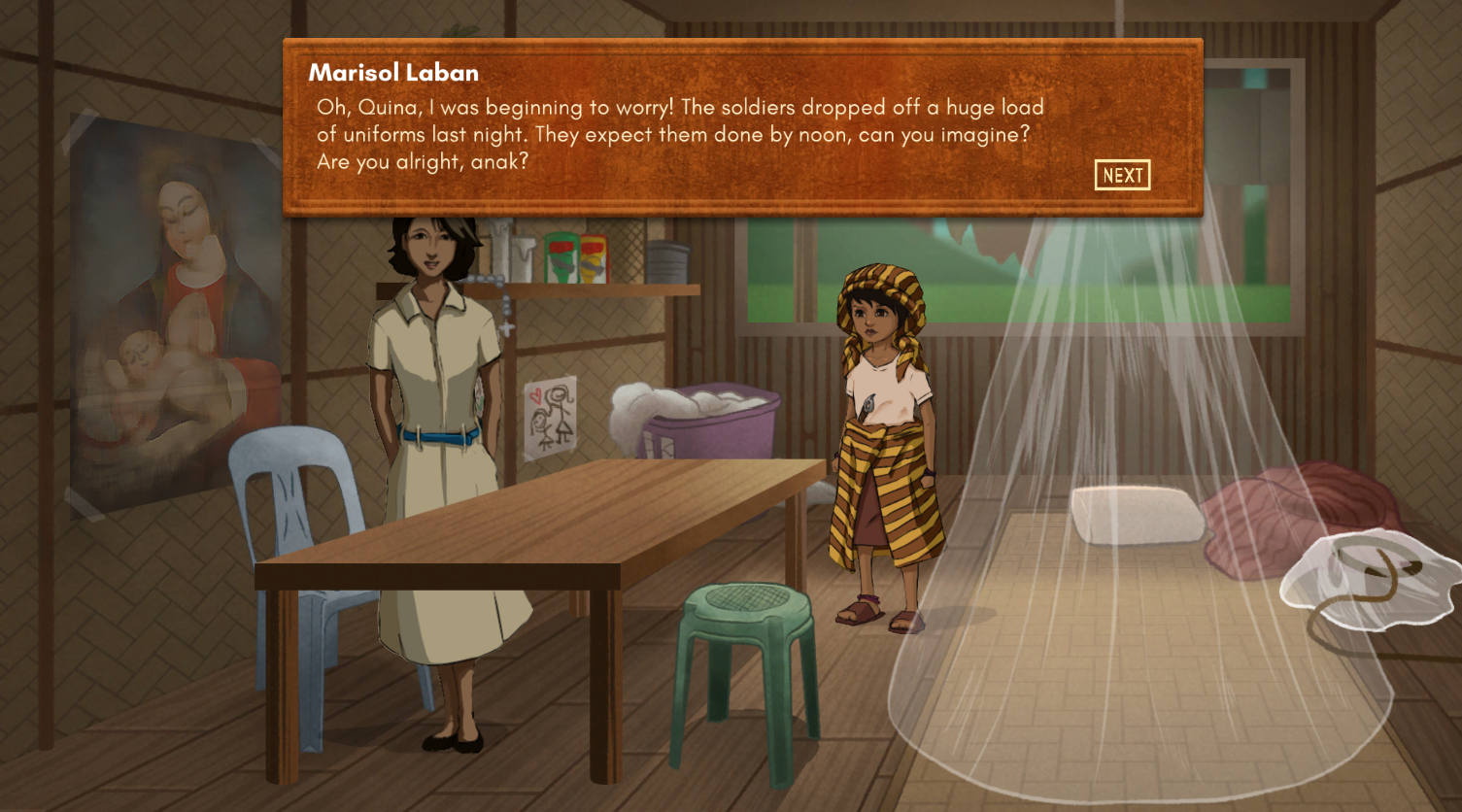 Throughout your quests, you will encounter ancient Filipino magical creatures hindering your way forward.

In BATTLE MODE, fight against the mythical creatures with Edgar through turn-based battles. 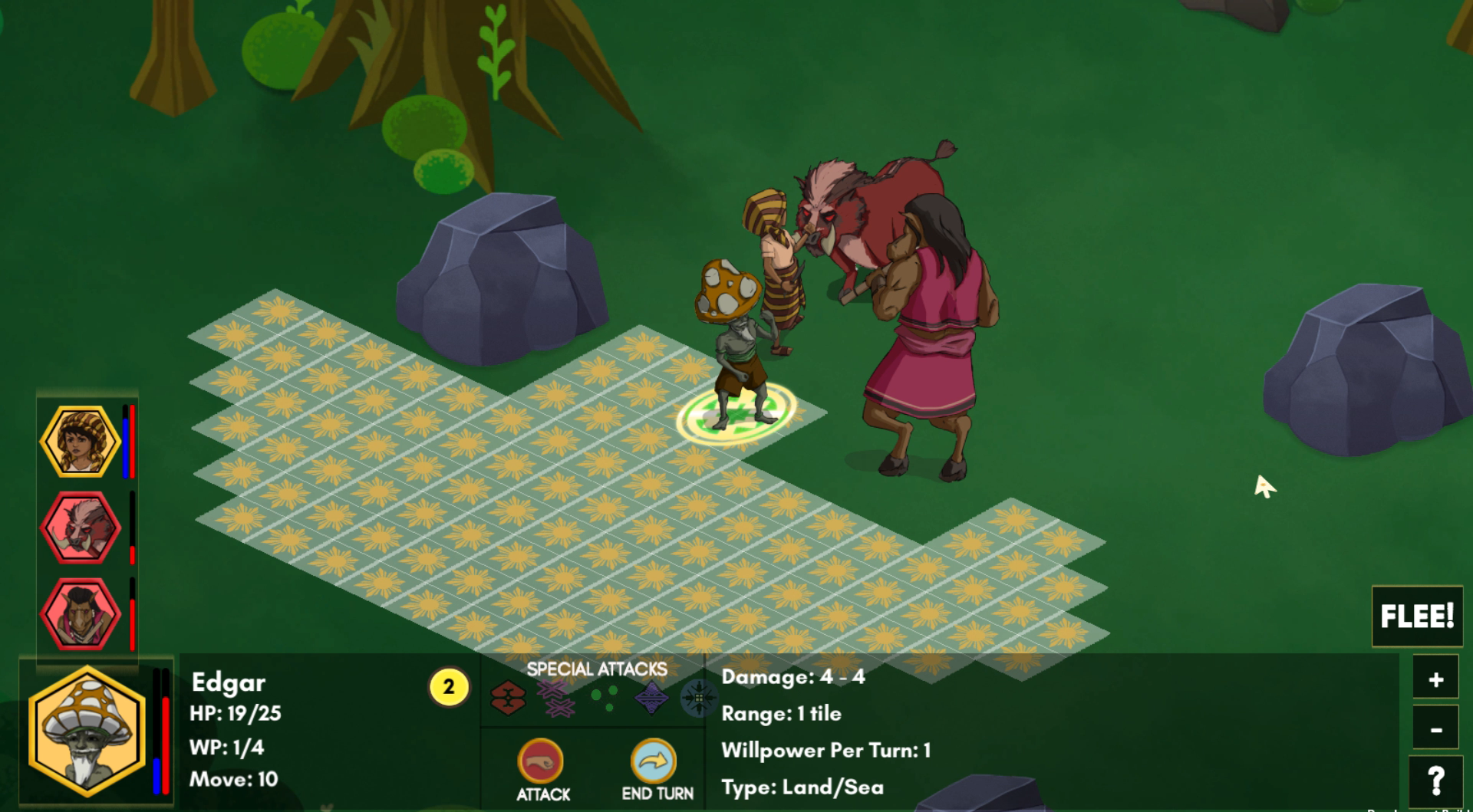 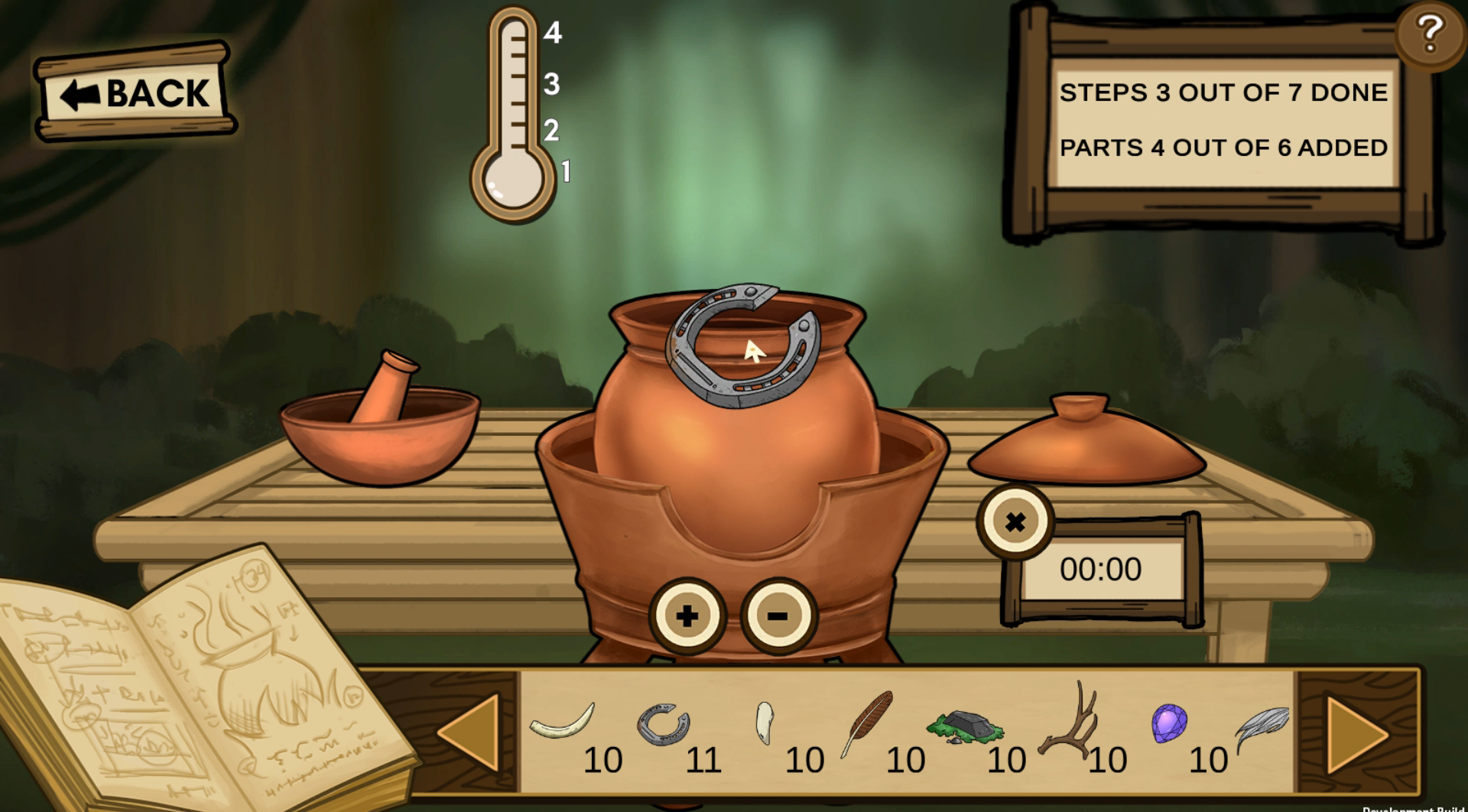 In DISCOVERY MODE, fight creatures by answering trivia questions on Philippine culture, history, and mythology. This play-style may be more suitable for educational settings. 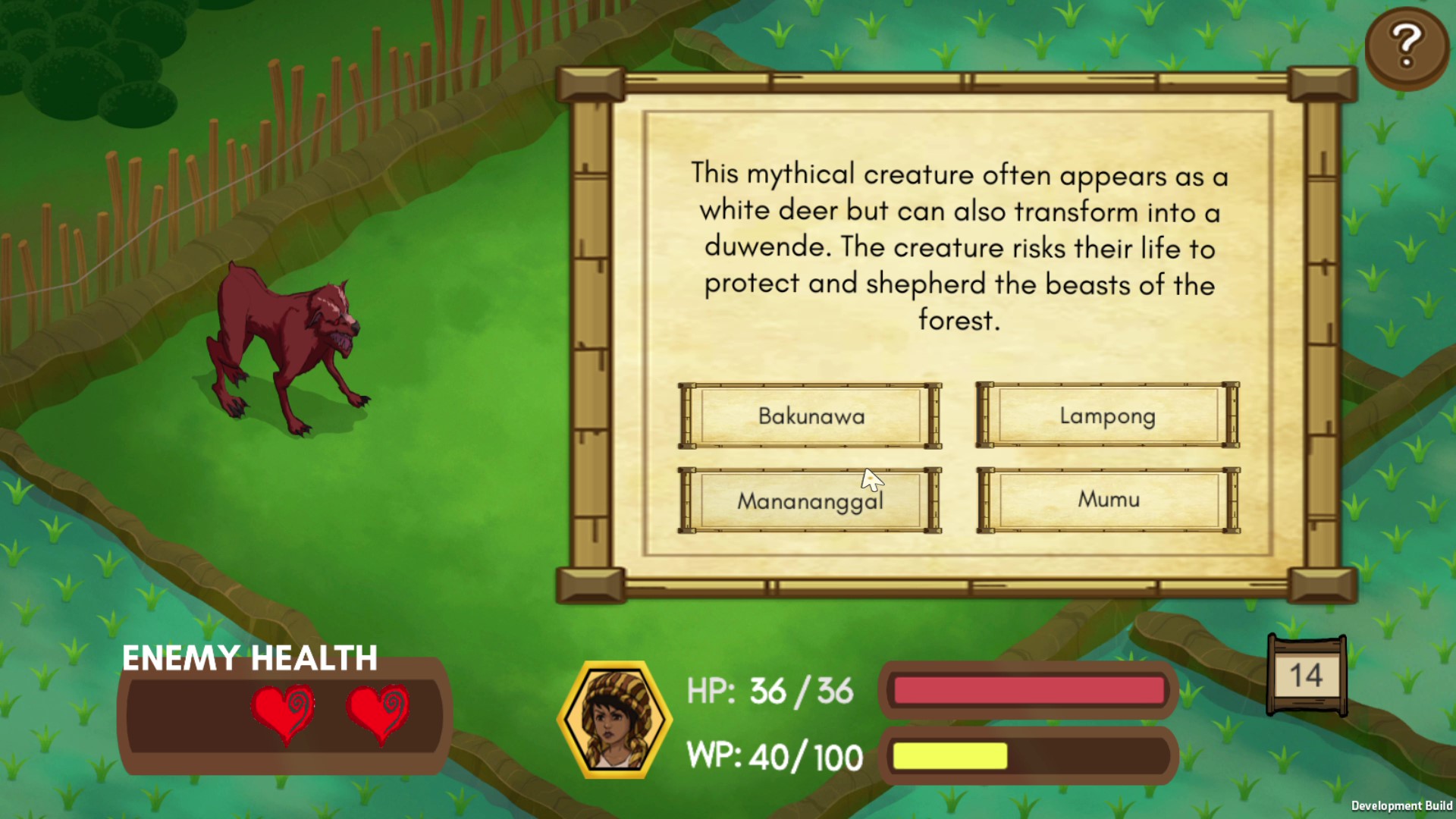 Collect Tagalog words and build your dictionary to translate a mysterious ancient scroll. 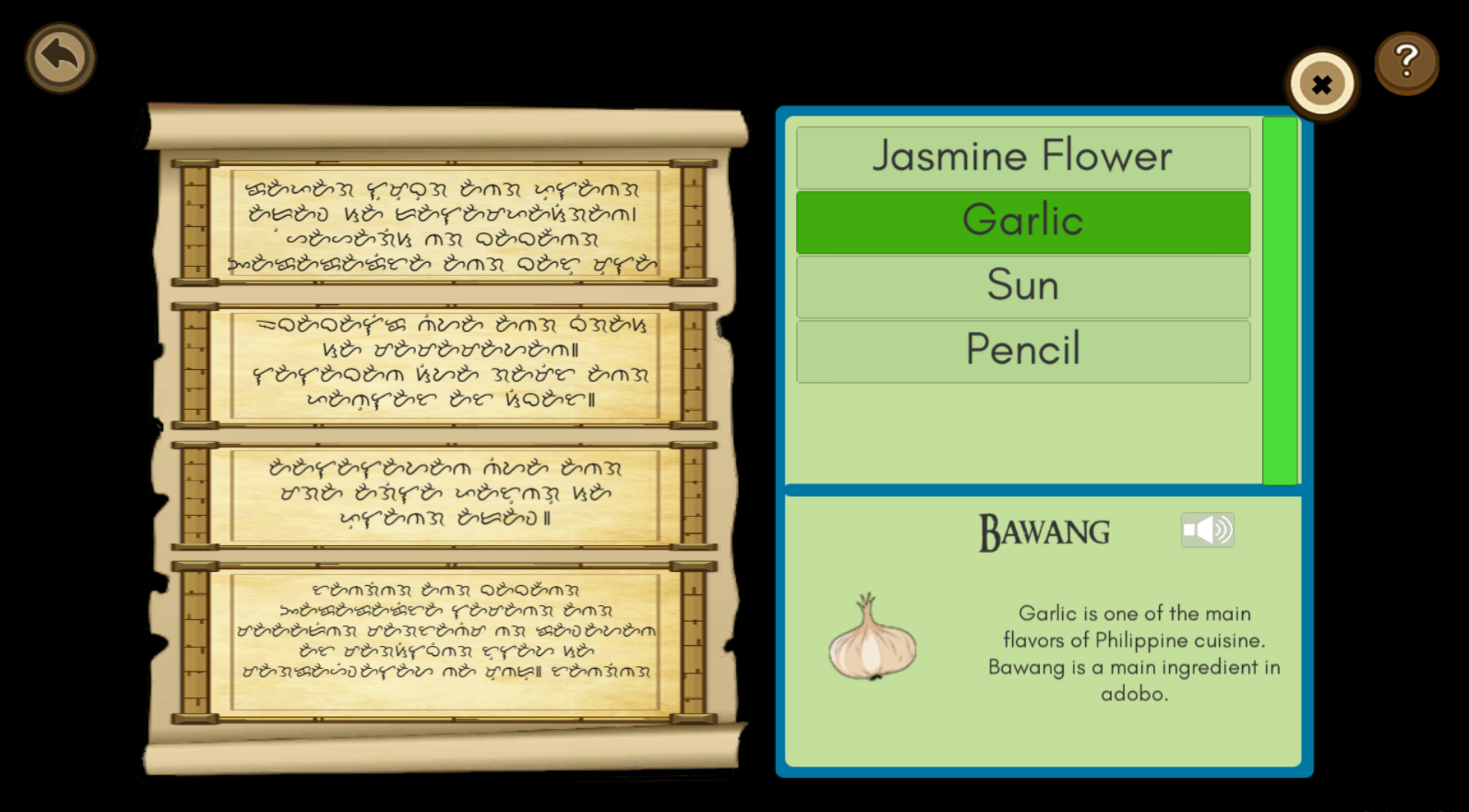 Questions, concerns, or comments? Visit us at www.girlwhosees.com and fill out our feedback form. We want to hear from you!

In order to download this game you must purchase it at or above the minimum price of $8.99 USD. You will get access to the following files: 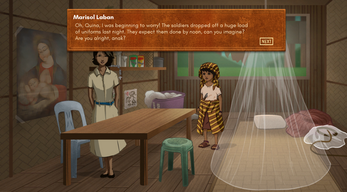 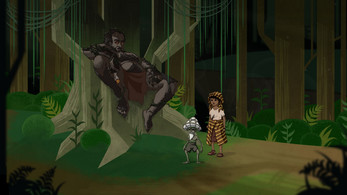 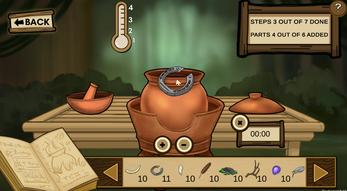 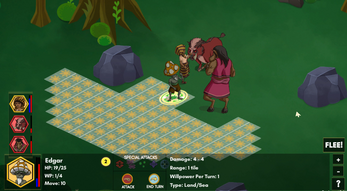